SerenaConsultingInc is an innovative and rapidly growing full-service IT consulting firm. We provide our clients with cutting-edge technologies and the know-how to apply them to their individual business models.

For years, we have been providing reliable IT solutions to businesses in the Milpitas area and beyond. Our comprehensive services provide clients with unique technology solutions that are customized to meet the specific demands of their business.

Look to our experts for strategic IT guidance, management and support that allows you to take your mind off technology and concentrate on your core area of business. SerenaConsultingInc provides cost-efficient solutions that simply make good sense.

You can trust us with your IT operations, because SerenaConsultingInc has accredited college degrees from UT Austin and NCState University in Electrical/Computer Engineering. 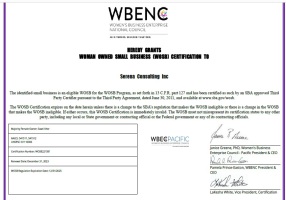 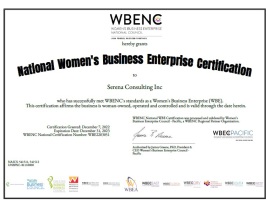 The success of your IT company also lies in its strategic alliances and partnerships. SerenaConsultingInc has cultivated relationships with some of the major industry players to provide you a complete technical support team.

Have a look through our website to find a list of our professional partnerships, alliances and supported technologies.

My cousin brother's book about his own company:

Praj.net - started by my cousins Pramod , Parimal, and Raju 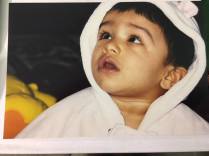 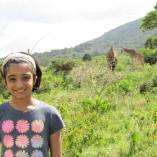 Where on earth is Serena ? What are her talents ? What is her area of research ? 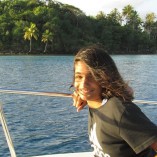 Serena is part-time consultant, doing research, and learning about life, universe, and everything...

What's in a name?  The "Serena" Effect by NYT

Alec, The Patron Saint of Engineers

All hail UT’s patron saints!! Among the schools and colleges on campus, a few have taken on mascots which have affectionately been promoted to patron saints. The law school has its staid Peregrinus, business boasts the wily Hermes, architecture claims the mysterious Ptah. But the best-known is the patron saint of the Texas engineers: Alexander Frederic Claire, or simply, Alec. His arrival created an annual UT holiday.

When the University first opened in 1883, the academic calendar of choice was the quarter system, and holidays were in short supply. The fall term opened in early October, with final exams completed just in time for Christmas. Winter classes resumed the third or fourth day of January and ran through mid-March. And without a pause, the spring term began immediately after winter finals and continued mercilessly until the first week of June. In the spring, students were permitted only two days to catch their breath: March 2nd in honor of Texas Independence Day, and April 21st for San Jacinto Day.

In 1908, the start of spring classes was joined by a student movement for a third spring holiday, preferably April 1st, which was about halfway between the other two. Officially, the faculty opposed the idea, though professors did nothing to prevent the cause from gaining momentum. As the students began to organize, there were indications that if their request was refused, they would simply stage group walkout for the day.

About the same time, UT engineering students received an invitation from their counterparts at the University of Missouri to travel north to the Show Me State for St. Patrick’s Day. Since 1903, Missouri engineers have declared St. Patrick to be one of their own, and have used March 17th to celebrate.

As for the Texas engineers, they’d already claimed a patron saint. Since 1901, Alexander Frederick Claire – or “Alec” – was the main character in Hi Ho Balls, a favorite song of the engineers. But Alec was known in name only. There was neither an appropriate physical rendering, nor a special day, for UT’s patron saint."

or send us an email.

Get social with us

Recommend this page on: